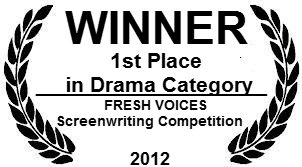 Mihai Arsene starring in The Game of the Cheetah (2014)

Mihai has been cast in the lead role of Andrew Wells in the new feature length film THE GAME OF THE CHEETAH, written & directed by Dan Pero Manescu. The film is currently being developed by AVAnti Productions [UK], Dan Vision [DE], and Creative Sound [FR], having as Director of Photography none other than Thierry Arbogast (The Fifth Element, Leon, Nikita, to name just a few of his amazing films).

Mihai has been cast in a new short film GUTPUNCH, directed by double BAFTA award winner ADRIAN McDOWALL. Mihai will inherit the role of RADOVAN, an Eastern European taxi driver looking for a new wife, as a Green Card ticket to Western Europe. GUTPUNCH is an Escape Films production, funded by British Film Institute.

Synopsis: "After discovering that his biological father could be any one of the desperados from a 1980s video-dating tape, 15-year-old Adam embarks on a suburban quest to find the man he can now call ‘Dad’."

Gutpunch is a comedy in the vein of Judd Apatow, written by Andrew Yerlett, produced by Michelle Eastwood and directed by Adrian McDowall.

Mihai has been cast as KRISTAPS, a Latvian teacher embarking on the migrant life in London, in the site specific theatre production of STILL I PRAY (Barbican,St. Bartholomew-the-Great), directed by Anouke Brook. 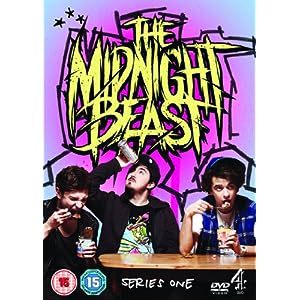 THE MIDNIGHT BEAST TV series 1 has just been released on DVD. Mihai is appearing in a few episodes as Bogdan, an Albanian waiter from the nearby cafe where The Midnight Beast band members hang around.

Phobia is about a man scarred of lizards...

Mihai has been filming in a new TV musical sitcom THE MIDNIGHT BEAST, being cast as Bogdan, directed by Ben Gregor screening on E4 & Channel 4 from 5th July 2012 at 10pm, every Thursday and Tuesday.

Mihai Arsene appearing in REST IS SILENCE production of DreamThinkSpeak (2012)

Mihai appeared in the new DreamThinkSpeak production of REST IS SILENCE, directed by Tristan Sharps and commissioned by The Brighton Festival 2012, LIFT, and World Shakespeare Festival 2012, with the financial support of Royal Shakespeare Company and Arts Council of England. Mihai has been filming in the next BOND 23: SKYFALL production,